Earlier, Suzuki’s SV650 was the king of the naked middleweights. It was first introduced in the year 1999 as a Japanese twist on Ducati Monster. Both, the handling was great and the price was low. This V-twin engine till today is a great bike for racing. However, the 2008 upgrade called SFV650 did not go down so well with the riders.

In 2015, Yamaha released the lightweight FZ-07. It had great style, power, and handling too. That’s when Suzuki reintroduced the SV650 as a redesigned model at a lower price. But with them cutting the edge so close, which one is the better version? I researched a lot and found out the following.

The bike resembles the original design, as the SV’s familiar tank shape and round headlight, remind riders of the original SV650. The two color options available are white or blue and are nothing short of sexy. The bike comes with a one-touch “Easy Start” feature and a Low-RPM Assist feature that dials up the revs a bit as you let out the clutch. The throttle response is abrupt at first but refined at higher revs. The bike’s suspension is on the soft side and is a lot of fun on twisty roads. It’s well balanced and helps change directions with little effort. The SV’s new digital gauge mounted on the headlight side of the handlebar is fantastic. 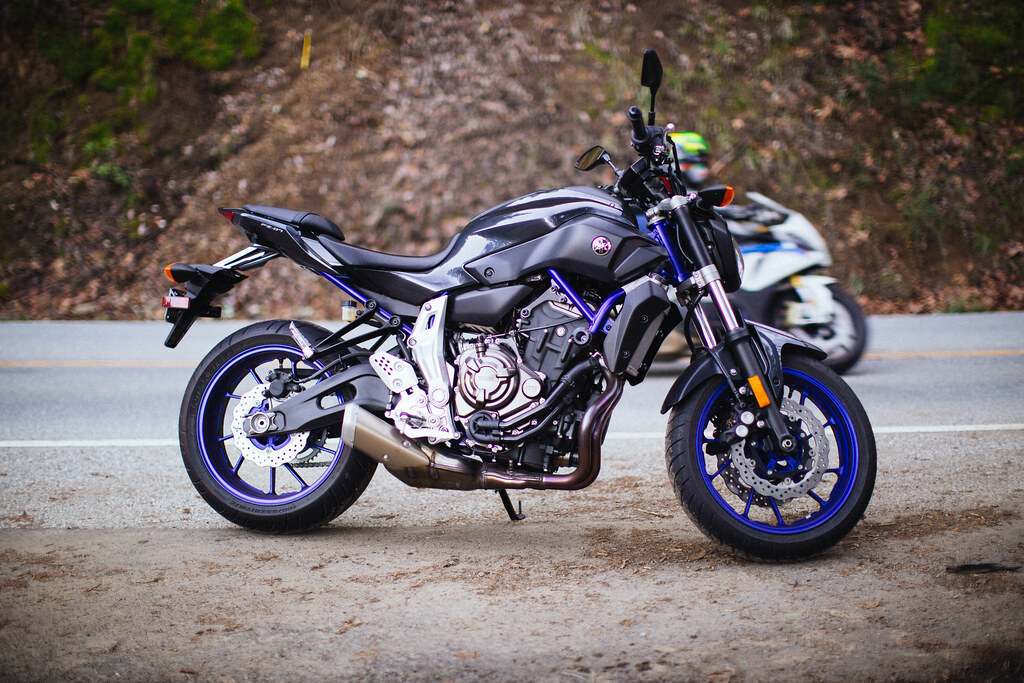 The bike has multiple and varied layers of color that add to its smart design and the exhaust and swooping headers are better than SV650. It has an immediate throttle response and a stronger, faster-revving engine. Though the horsepower of the FZ-07 is slightly lower than that of SV650; its torque is higher than SV650. The bike is lower in weight and has a quick acceleration but on the freeway, it feels a little strained. The light feel and easy handling is definitely a plus point, especially since the bike is smaller than SV650.

The price of both the bikes is relatively the same. So if you’re looking for a small and light bike that’s easy to control; then opt for the FZ-07. While if you want a classic style and refined bike that has a V-twin engine then opt for the SV650!

Honda CBR600F: The Motorbike You Will Like to Ride

Connect with Written In Chrome